The poor state of public transport in Melbourne 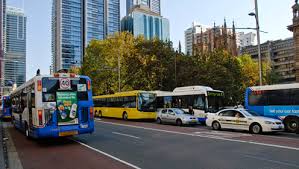 More investment has been done on the public transport in Melbourne starting from the road network, railway, and the air but little has been achieved. Even though the capital is rated to be the 2nd greatest when it comes to public transport usage, the coordination of the same has been at its worst.

Following the population and the need that the city has, building more roads and other transport networks may not be the solution to the poor state. When the development started, it was imagined that when roads are expanded in the capital the transport sector will be streamlined but this didn’t work at all.

Problem isn’t with the people who live in the city but majorly remains with the government. As the roads were being expanded more people thought of buying vehicles and other transport means and shortly the roads were congested again. Instead of focusing on road structure and expansion, the government should instead change the whole idea and start focusing on better laws to govern the public transport sector.

Reduced commitment from the government to invest more in the efficiency and running of the transport sector has made them insecure to the public. Managing the movement especially during peak hours in the city seems to be impossible due to lack of timely arrival and set waiting hours for different means of transport. Congested bus and railway stations are now a common habit in Melbourne especially in the morning and evening with the waiting time are extended even up to 1 hour.